Greetings Blog-land! I’m going to take a moment – ahem, a whole post – to declare my l-u-v for Instagram. Defined on their website as “photo sharing, reinvented,” Instagram is an app for iPhone that lets users alter images through several different filters. The various filters have many options such as adding a frame &/or making a color image black & white. Post-filtering to heart’s content, one can instantly upload his/her masterpiece and share to Facebook, Twitter &/or email to specific recipients. Wiz, bang, you’s a fancy photog now!
**except that you’re not, so don’t go acting all Ansel Adams-y about your “skills”**

Some recent snaps via my feed; follow @reedmylips7 and help my dream of becoming an Instagram celeb come true!

I’ve been trying to be more diligent about documenting my accessories, in manner of “30 Days of Jewels” but more casual- thus my not-always-daily #dailybling shots, courtesy of H&M above and Radish Underground below. 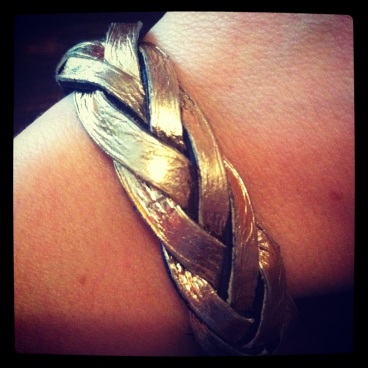 Birthday expiration date on my green juice!
File under: things you notice when bored in a work meeting.

I like the way my Spicoli Vans look against the red strip in front of #6 that’s supposed to prohibit parking, emphasis on supposed. This is also an example of “filter regret,” as I think the shoes look too washed out.

I hope to someday be able to indulge in the luxury of fancy candles.  These sensory invitations accompany the display of fragrant wax statues at ink & peat  on N. Mississippi Ave.

I think the February 2012 issue of ARTnews was made for me, no? PS- Cindy Sherman exhibit at MoMA is getting tons of press, ya heard? I want to go!
There you have a small representation of my Instagram life. I really have become quite addicted as of late; maybe it’s the honeymoon phase, but it is also a welcome diversion from Facebook, Pinterest, actual work. Of course, there are things I dislike about the app – the same things I despise about all other social networks: an abundance of pictures depicting babies, pets, and food – but for now, consider me an InstaFAN. I know you see what I did there.
Happy ‘gramming my friends! Oh, and lest you think I forgot.. HAPPY OSCAR WEEKEND!
Cheers,
PoseCity xo.

I love the idea behind this book, New York Diaries via Powell’s:

“New York is a city like no other. Through the centuries, she’s been embraced and reviled, worshipped and feared, praised and battered—all the while standing at the crossroads of American politics, business, society, and culture. Pulitzer Prize winner and New York Times bestselling author Teresa Carpenter, a lifelong diary enthusiast, scoured the archives of libraries, historical societies, and private estates to assemble here an almost holographic view of this iconic metropolis. Starting on January 1 and traveling day by day through the year, these journal entries are selected from four centuries of writing—from the early 1600s to the present—allowing New York natives and visitors, writers and artists, thinkers and bloggers, to reach across time and share vivid and compelling snapshots of life in the Capital of the World.”

Here’s how I discovered this book:

Oh Twitter, my love grows by the day! I will definitely scout this title at Powell’s sometime this week. Learning and reflecting on history by way of journal entries fascinates me and reminds me of one of my favorite quotes by Anais Nin, “we write to taste life twice, in the moment and in retrospect.” After all, what better way to gain understanding into the past – in this case, a specific city – than through the eyes, minds, and hearts of those who were there?

I know it would be tough to locate as much material on other cities, but it would be so cool to have a book like this for many important locales in one’s life. Portland Diaries… let’s start now, peeps!

My “Blogging Year in Review” just arrived in my inbox from WordPress. How timely!

A few of my bests from the past year:

I love this sheer, flattering color so much! It wears light like a stain, but is packaged more conveniently in my opinion [fits perfect in my lipstick mirror/case]. Apparently I’m not the only one who is wild about this product, as it is notoriously difficult to find in-stock. I was on a waiting list for it at Blush Beauty Bar for months! #worthit

Spray what?! Yes, I know. I had no idea that this styling product – which, BTW, I cannot pronounce – would change my follicle life forever when my hair fairy at Gold + Arrow used it on my mane just a few months ago. It was way more than I usually spend on such an item, but the hold is truly unique and I had to have it. NO REGRETS! I definitely recommend this for thick, curly/wavy hair; use on the second or third day after shampooing for optimal styling ease. The hold is strong but not crunchy or sticky… and it creates great “JBF hair” during those dry spells.

Best New Portland Store: tie, abrahams&duffy and Eden
I couldn’t choose between these two! Grateful to be able to feature both in the Local Alternatives series on NN.

abrahams&duffy – Granted this NE Alberta boutique is more of a “look with your eyes” establishment for me, but I still love going in and perusing the racks and chatting with the owners. If I were to envision the perfect closet for myself, I’d stuff it full of items from a&d for both work and causal wear. My sister is also a huge fan after her visit in October and I got her two pairs of earrings from here for Christmas [after stalking her a&d “likes” on Facebook, tee hee!]; one is pictured below, along with the plaid dress she bought from local line Bridge & Burn and the festive decor in the shop during the holiday season. 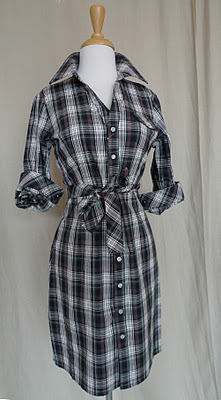 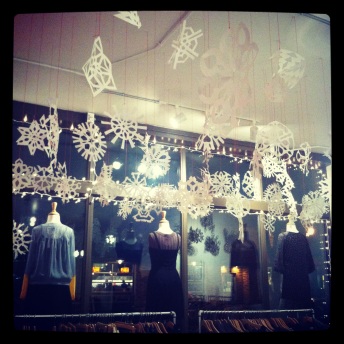 Eden – The sister store to N. Mississippi’s dreamy Flutter, Eden opened in the Pearl over the summer. I love this place because it exists as an oasis to its surroundings; the Pearl can sometimes seem stuffy and hoity toity, but one step into Eden and all is forgotten. The colors are bold and the patterns anything but subtle. Seemingly every surface is covered with wares: candles, lotion, coffee table books, jewelry, and of course, a small but stellar selection of vintage dresses and scarves.

I’m no music critic, but this is my “alBUM of the year” based purely on number of plays. I think most fans were a bit wary about a Bon Bon release in June, but this was our office stand-by at work and got us through a particularly gloomy spring just fine. View more of the ethereal album art by Gregory Euclide here and read a Q&A about his process for creating these images for Vernon & Co.

I can’t believe it took me so long to hop on the Twit wagon! Twitter has essentially become my main online news source and I’ve discovered so many awesome and inspiring links, blogs, and people from my feed. Tweet, tweet, tweet, tweet, yeah!

I hope this past year was happy and healthy for you. Personally, I enjoyed so many great moments it’s difficult to wrap-up concisely, so I won’t try but rather list some words that represent my year: Neighborhood Notes, nails (nails, nails), magazines, old love/new love/deeper love(s), bigger apartment, new job, “professional wardrobe,” San Diego, Eugene, Indiana, Seattle x 2, writing, writing, writing. Thanks for sharing the ride.

This YouTube vid was tweeted by Krist Novoselic and I love that it features clips of Louise Brooks dancing! Plus, I don’t think I ever heard the original before tonight. Enjoy!

– Latest blog obsession: Miss Moss. My friend Laura wrote this site down for me last month, but I just started to follow. Pretty pictures; that’s all you really need to know.

– The Olsens now have a Tumblr for the t-shirt branch of their empire called StyleMint
Watch this festive video quiz featuring the twins in Halloween garb:

Yes, the coffee cups-turned-lightsabers made my day, too!

– A gem via the Twit: Herself Magazine
I follow the voice behind I Want to be a Roitfeld on Twitter @iwtbar who shared a link to her friend’s new ambitious project: a fully illustrated fashion magazine. From the images below, courtesy of the magazine’s website, it looks like I might have to splurge on this biannual publication.

– Vogue.com shares some stylish ideas on how to store all that random shiz that accumulates on every surface in your dwelling BUT where it belongs. I especially love the tip that suggests candle sticks double as bangle holders. Genius!

Hope you all are off to a great week; I definitely am, although I am missing my sister who departed this morning. I’m feeling so grateful for a wonderful visit where I got to share my life with her. We made the most of our time together and I don’t think we stopped moving for more than 10 minutes at a time. Success!